The Liverpool quartet of Fabinho, Trent Alexander-Arnold, Mohamed Salah and Virgil Van Dijk have missed out on the men’s UEFA Player of the Year award after they were left out of the final three-man shortlist as revealed by the football body on Friday. 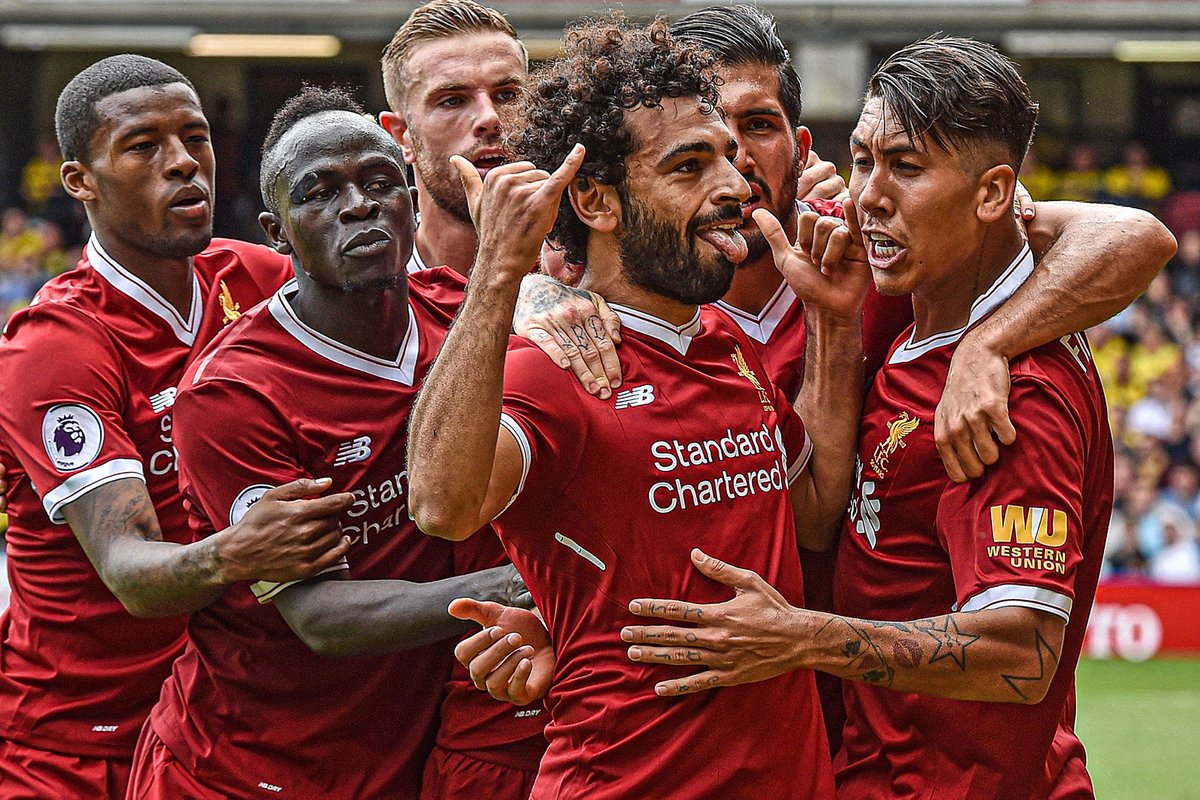 According to Mundo Deportivo, Chelsea are in contact with Barcelona over the prospect of signing Alejandro Balde. The Premier League outfit have a long-standing interest in the Barcelona left-back, who was linked with a move to Stamford Bridge as far back as the summer of 2020. While a move to west London could not materialise then, Chelsea are hopeful they can attract the youngster to Stamford Bridge this time around. Chelsea’s renewed interest in Balde comes in the midst of reports linking their own left-back Marcos Alonso to Barcelona, with the Spaniard reportedly agreeing a three-year deal with the Catalans. 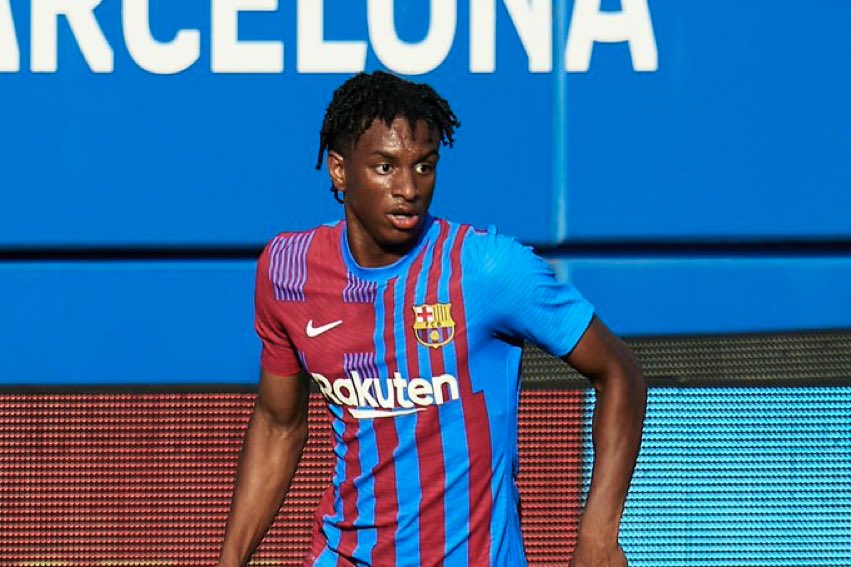 A native of Catalonia, Balde is a homegrown prospect who had initially started his youth career at Espanyol. Since joining Barcelona, he has enjoyed a swift rise to prominence in the youth levels before eventually earning a promotion to the senior side at the start of last year. With Jordi Alba nearing the final phase of his career, Balde was hopeful of making a breakthrough at Barcelona in the near future. But 18 months later, the youngster is staring at the prospect of potentially becoming the club’s third-choice option at left-back next season, as the Catalans close in on Alonso. END_OF_DOCUMENT_TOKEN_TO_BE_REPLACED

Tottenham Hotspur striker Harry Kane is a big doubt for his North London team ahead of their trip to face bottom club Norwich City on the final day of the current Premier League season. Kane is doubtful for the Norwich City game due to illness, but the expectation is that the Englishman will recover in time to lead the line for Spurs in a game that would secure Champions League football next season. 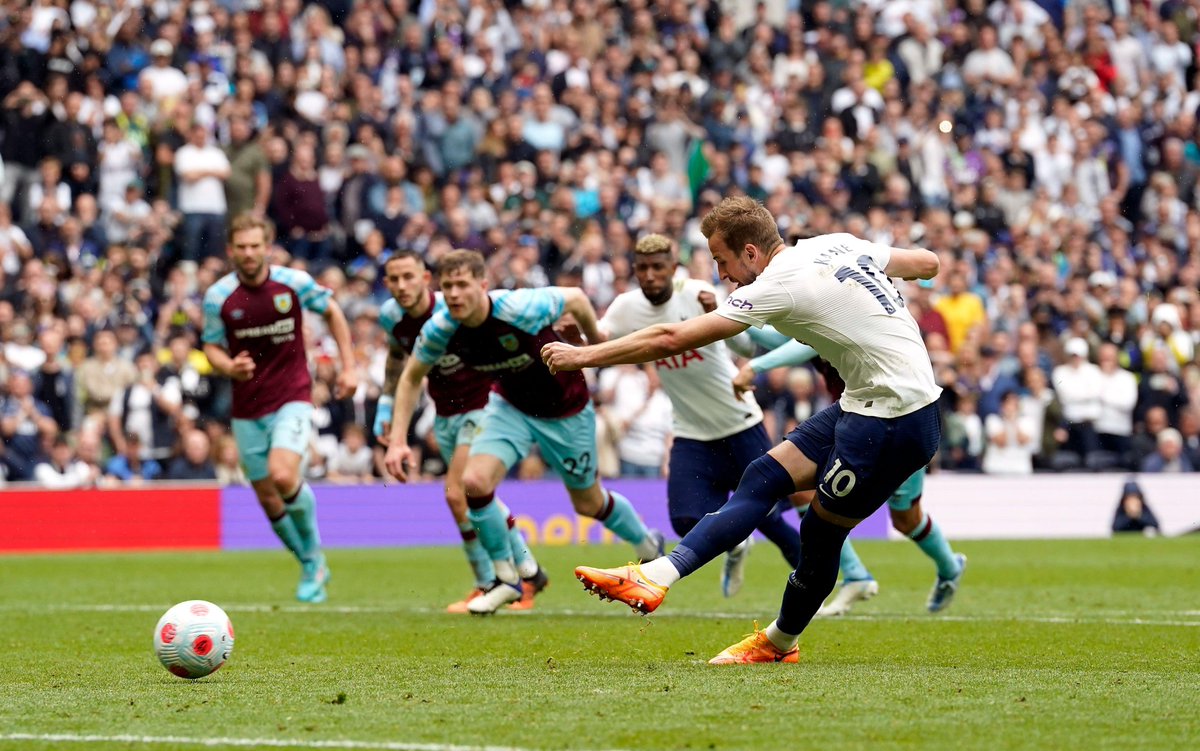 Kane has been suffering from Gastroenteritis in the past few days and the England international has to miss an event on Friday as a result. He has been influential for Spurs over the course of the last two games thereby helping to overturn a four-point deficit to Arsenal to a two-point advantage. END_OF_DOCUMENT_TOKEN_TO_BE_REPLACED

French Ligue 1 heavyweights Paris Saint-Germain forward Kylian Mbappe is currently a hot property on the market and the club will be facing a major battle to have him sign a new contract extension in the summer. The former AS Monaco man has been tipped to complete his dream move to Spanish La Liga giants Real Madrid in the summer and it has already been reported that he has an agreement already in place with the Los Blancos to be their major Galactico signing of the summer. However, he recently refuted those claims and stated that he is currently a Paris Saint-Germain player and that it will continue to be so in the nearest future. 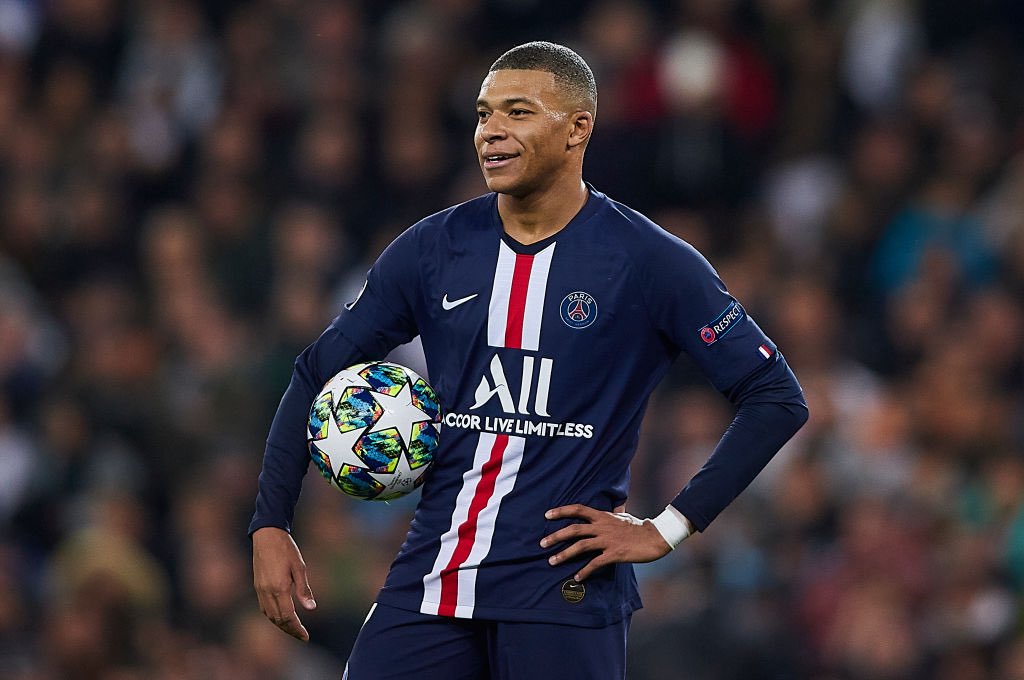 Despite the fact that he laid those rumors linking him with a move to Real Madrid to rest, it is still widely believed that he will be a Real Madrid player in the summer. While it was once reported in the past that English Premier League side Liverpool were interested in the idea of making him their player, those rumors have sunk deep into the water and there since has not been any resurfacing of such reports. Liverpool manager Jurgen Klopp already once admitted that the Reds are not able to afford the player’s wage demands and his transfer fee even if there were to be an interest.
END_OF_DOCUMENT_TOKEN_TO_BE_REPLACED

Merseyside giants Liverpool were given a stern test of their Premier League title challenge by struggling Newcastle United and they passed the test to close the gap on pacesetters and holders Manchester City. The Citizens had earlier moved four points clear of Liverpool at the Premier League summit thanks to the annihilation of Leeds United at home on Tuesday night. 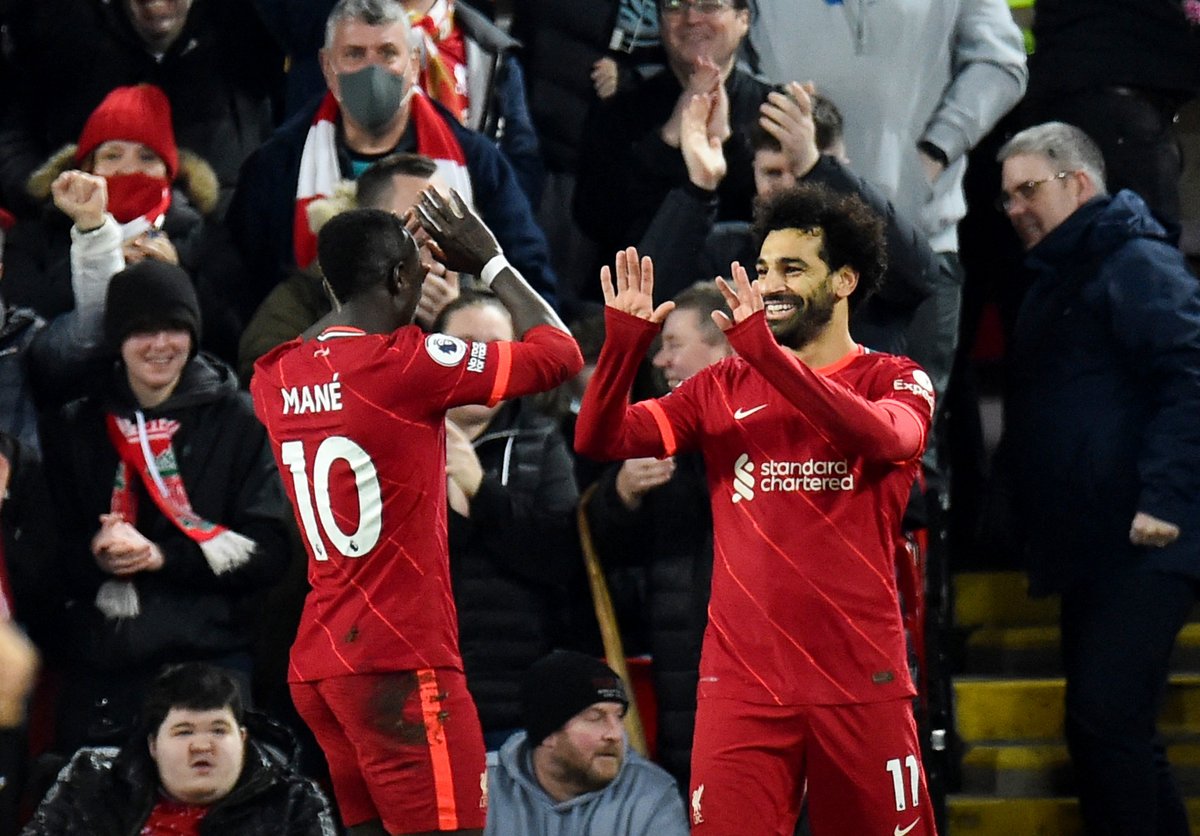 Kevin De Bruyne (two goals), Nathan Ake, Phil Foden, John Stones, Jack Grealish and RiyadMahrez were all on target for Manchester City on the way to a 7-0 win over the Whites as they avenged the 2-1 home defeat suffered to them while they were going for the league title last season. The result set a new record for Leeds United manager Marcelo Bielsa who had not suffered 7-0 before in the course of his managerial career.
END_OF_DOCUMENT_TOKEN_TO_BE_REPLACED

Cristiano Ronaldo had fiy been presented as a Manchester United player for the second time in his career on Friday. The Portugal international superstar forward had been waiting to be presented as a Red Devil following his transfer in the summer from Italian Serie A giants Juventus as fans were also waiting patiently to welcome their legend back to the club. Ronaldo, at his presentation, held an interview and he has revealed his ambitions for the new season, saying s lot of things that would excite the Manchester United fans, who, in turn have been waiting to find out whether Ronaldo will be starting their next Premier League game on Saturday at Old Trafford against Neeadtle United or not.

Ronaldo, in a video posted by the official social media handles of the Red Devils, was seen walking out of the Old Trafford tunnel and oto the pitch all smiles as he donned the number 7 jersey. After walking onto the pitch, he said that he’s back and he followed that up by walking up to his former teammate at Old Trafford during his first stint at the club, Wes Brown. Brown would then hold an interview session with Ronaldo and it’s one that every United Fan would love to watch or read about. END_OF_DOCUMENT_TOKEN_TO_BE_REPLACED 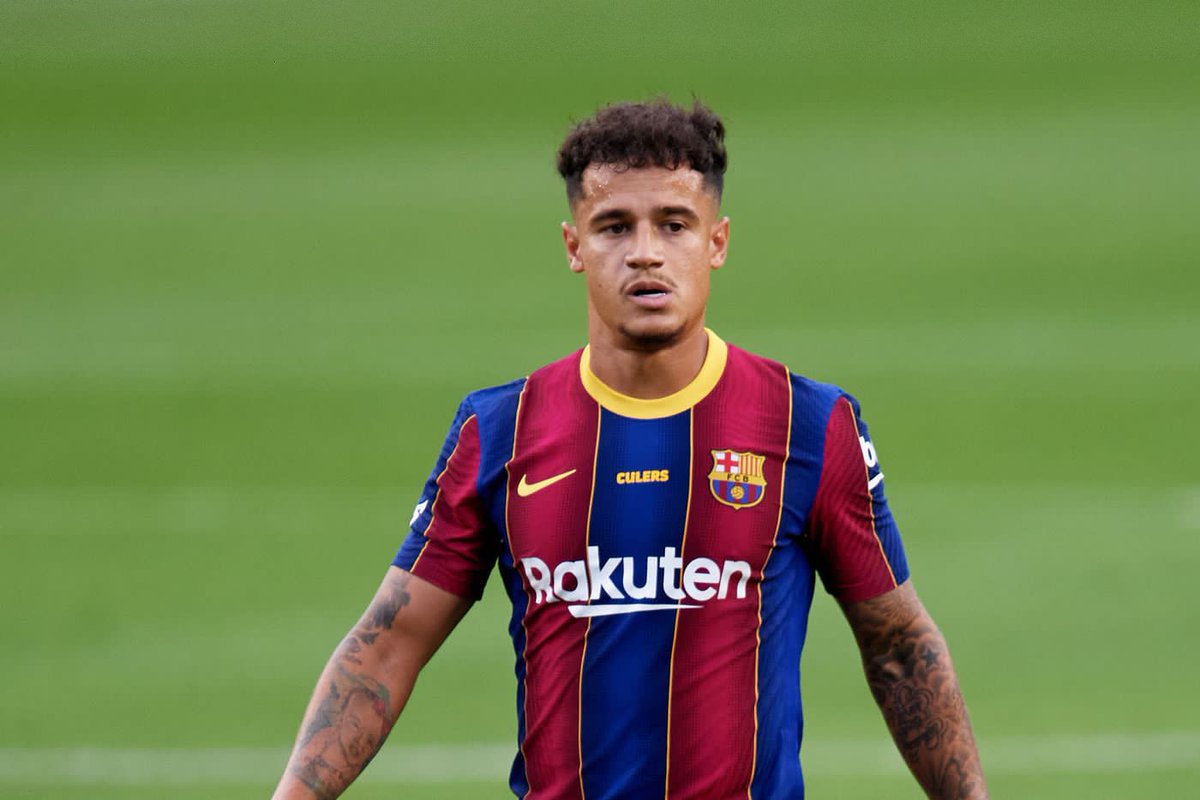 Following his move to Barcelona, Coutinho dropped in form and lost his spot in the starting eleven. His poor form saw him relegated to the substitute’s bench and it all happened so fast for the Brazilian playmaker. He has since had a loan spell at German Bundesliga giants Bayern Munich as he was no longer useful at Barcelona. His loan move to Germany was a much-needed one and it brought back his confidence a little and he scored a couple of goals for the Bundesliga champions as well, including two in the Champions League against his parent club, Barcelona.
END_OF_DOCUMENT_TOKEN_TO_BE_REPLACED 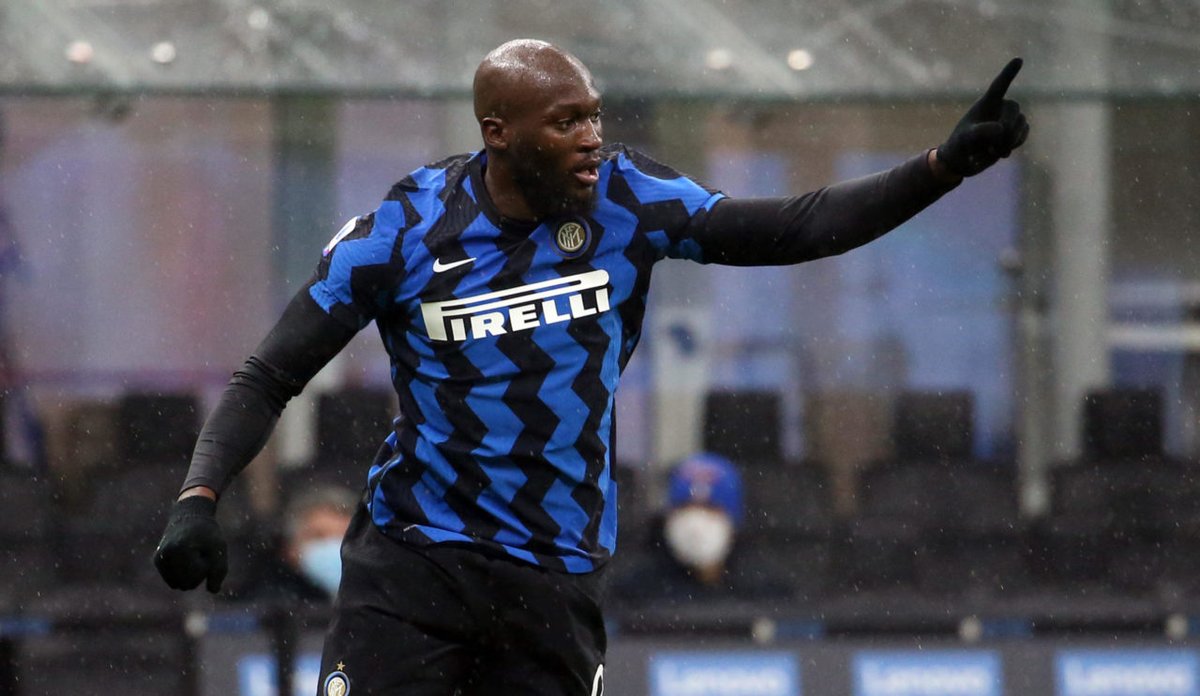 END_OF_DOCUMENT_TOKEN_TO_BE_REPLACED

Chelsea manager Thomas Tuchel will reportedly start a squad overhaul in an attempt to flush out the players he deems no longer needed at Stamford Bridge, and will also bring in new faces at the club, according to a lot of reports. The German manager is said to have been told by club owner Roman Abramovic that he will be getting some funds to sign his kind of players in a bid to contest for major trophies next season.

The most talked-about position where the manager will look to sign players is the attacking department, and a lot of players have already been linked with a move to Stamford Bridge since the first time it was reported.
END_OF_DOCUMENT_TOKEN_TO_BE_REPLACED