While the arguments prolong, Hoops manager Rodgers has said that he is looking at adding just a player during the Champions League qualifying period. Praises of the historic treble are still being sung, with many daring to ask for a repeat next season. With Patrick Roberts returning to his parent club Manchester City, Jonny Hayes has joined Parkhead. END_OF_DOCUMENT_TOKEN_TO_BE_REPLACED Wenger was successful in his first six years as he led teams to win two League and Cup doubles. The club has failed to win the Champions League even though they regularly qualify for it. Heck, Wenger has reached just one final. In the past 12 years, Wenger has won just two trophies which were the back to back FA Cup in 2014 and 2015.Of recent a cycle has been happening. Top players would play, win and lose some games then exit the side due to different levels of ambition. And it seems that cycle is not ending soon. END_OF_DOCUMENT_TOKEN_TO_BE_REPLACED 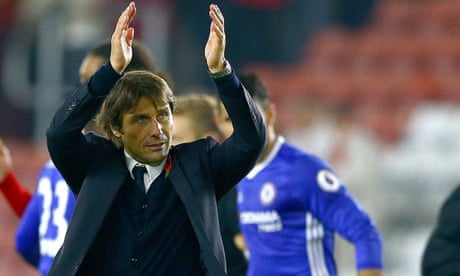 But, against a minnow, it’s completely different. There is no such hype and that’s where there is the danger that the sense of complacency may creep in and the players may not approach the game with the right kind of mind-set. END_OF_DOCUMENT_TOKEN_TO_BE_REPLACED

Chelsea player Oscar dos Santos Emboaba, commonly referred to as Oscar, is set to complete his switch to China to play for Shanghai SIPG in a £52 million deal.

The Brazilian is set to earn four times his salary in England with the Chinese side. The player currently earns a reported £90,000 a week but will see any time that in China particularly when his image rights deal is sorted.

The image right deal and accommodation are some of the issues holding the deal off but would soon be sorted out, reported say. The 25-year old would join the growing community of Brazilian stars in China. His stats, age, nativity and looks will surely be a plus when he arrives in the Far East.

SIPG, funded by the city’s Port Authority, is not as enthusiastic about signing the player as reports say the government is the one forcing the deal to pull through. The government – a major shareholder in the Port Authority – is persuading the city’s top clubs SIPG and Shenhua to make big singings in a bid to fuel the city. END_OF_DOCUMENT_TOKEN_TO_BE_REPLACED

Unfortunately, his goals have not been able to lift the team any higher than third place. It is only in the last couple of weeks that they have managed to hit the right note and find some form. Just one draw in the last five games has seen the club progress to 3rd place in the table. Even though they remain only level on points with leaders Besiktas and Istanbul Basaksehir, it is not seen as a good enough start to the league campaign. In this instance, sudden rumours linking Bruma with a move to either has taken the club by storm.
END_OF_DOCUMENT_TOKEN_TO_BE_REPLACED

£1.8 million was the fee that Rangers FC had to offload in order to bring Joe Garner from Preston North End over to the Ibrox Stadium and this is the highest fee that Mark Warbuton has signed for any player during his time in charge of the Scottish club. END_OF_DOCUMENT_TOKEN_TO_BE_REPLACED He further revealed that the players had given up on the tactics of former coach Roberto Martinez. At half time during the FA Cup semi-final, Baines was heard on the tunnel camera talking about Everton making an already big Wembley pitch, even bigger. There were a lot of reports that when Martinez was sacked, a lot of senior team players and even Martinez’s staff were all up on each other, with players leaving the training. Baines opines that the whole situation would be different with Koeman. END_OF_DOCUMENT_TOKEN_TO_BE_REPLACED

Guidolin emphasized how things could change unexpectedly in soccer if a team doesn’t have its foot on the gas all the time. END_OF_DOCUMENT_TOKEN_TO_BE_REPLACED

With Arsenal failing to win any silverware this season, it might be tempting for Alexis Sanchez to make the switch to a team that is almost certain of winning the league each season and who is pushing now to win the Premier League. END_OF_DOCUMENT_TOKEN_TO_BE_REPLACED