The agent for Philippe Coutinho, Kia Joorabchian, expressed recently that the Brazilian is quite interested to come back to the Premier League. Kia added that everything is a complete possibility. He also discussed the future of his client. At present, Philippe Coutinho is on loan at Bayern Munich and they also have the choice to sign him up as a permanent player for them at the end of the ongoing season. However, the giants from Germany do not have plans to implement this option. On the other hand, Quique Setien, the manager for Barcelona does not have any plans regarding Coutinho for the next season. This means he will expectedly be moving again when the transfer window opens in summer. 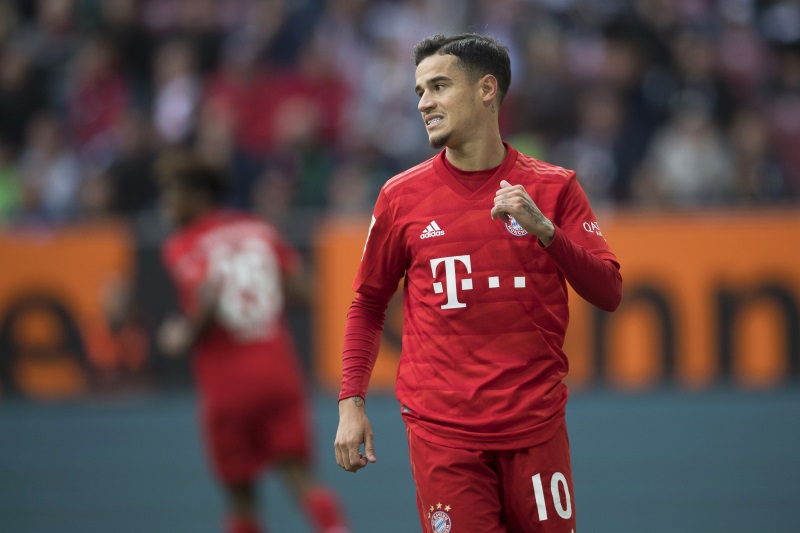 Several links have been made with top Premier League clubs with Coutinho regarding the news of his return to the biggest and highest competition in football. He has been linked with clubs like Manchester United, Chelsea, Tottenham, and Arsenal. But the 27-year-old has not said anything about his move. Joorabchian has not eliminated the fact that there is a possibility for Philippe Coutinho to sign one of the four clubs he has been linked with as he used to love playing in England. Anything is possible for him because he talked about the game he played in the Champions League in England a lot of times.

The Premier League is something that Philippe Coutinho has always loved and enjoyed playing in. This might be the reason for him to come back to it and play again for one of the top Premier League clubs. But the main question that remains is what will be the financial conditions of the Premier League clubs including Barcelona after this pandemic situation ends. Coutinho moved to Barcelona from Liverpool in a transfer for approximately £142million in 2018 January. But there are lesser chances of contracts being signed now because of the situation right now.